With the re-launch of Rob's Will & Grace page, we have moved to an all new domain, willandgrace.tv.

Update your bookmarks to: http://willandgrace.tv

Powered by the return of Will & Grace, NBC posted its most-watched Premiere Thursday (6.5 million) in nine years.

Will & Grace is back! Supported by a massive promotional push, strong reviews and a bit of nostalgia, the former NBC Must See TV comedy made a seamless return to its old Thursday 9 PM slot as the top entertainment program of the night, drawing a 3.0 adults 18-49 Live+Same Day rating and 10.2 million viewers.

It was the comedy hit NBC has been searching for since The Office ended its run. In fact, the Will & Grace return, which might have been helped by the Thursday Night Football weather delay, was NBC's highest-rated comedy telecast (excluding post-Olympic previews) since the Office series finale in May 2013 (3.0).

And something even more remarkable: Will & Grace's Season 9 premiere last night was up from the comedy's eighth-season opener 12 years ago, on September 29, 2005 (9.81 million). In total viewers, last night's opener outperformed both the Season 7 and Season 8 averages for Will & Grace, which aired at a time when the total number of original scripted series was less than half of what it is today, DVR was in its infancy and SVOD was nonexistent, with Netflix still exclusively in the DVD-by-mail business. Even in the adults 18-49 demographic, Will & Grace's return is down a modest 17% from its last season premiere 12 years ago. That is less than the declines many returning series have been posting vs. last year.

TV fans rejoice! For the first-time ever, all 194 episodes of the Emmy Award-winning pop-culture phenomenon “Will & Grace” will be available to stream and on-demand. The iconic series will be available on the NBC app, Hulu and on-demand through satellite, cable and telco pay TV providers, beginning Thursday, September 21, one week ahead of the return of “Will & Grace” on NBC.

Hulu will be the exclusive SVOD partner for the original eight seasons, which will also be available on the NBC App and pay TV providers with authentication.

The original eight seasons ran from 1998 to 2006, and in to addition quickly earning its place as a critic and fan favorite, “Will & Grace” was nominated for 83 Emmy Awards, winning 16 of them including Outstanding Comedy Series. This digital distribution deal, which will get 194 episodes of “Will & Grace” into nearly 100 million homes across platforms nationwide, marks an opportunity to introduce a new generation of audiences to original episodes of the show that have been largely unavailable for the past 11 years. The deal will go into effect one week before “Will & Grace” rejoins the NBC lineup with all new episodes Thursday, Sept. 28 at 9 p.m.; each week, following their broadcast airing, new episodes will also be available to stream across the aforementioned digital platforms. 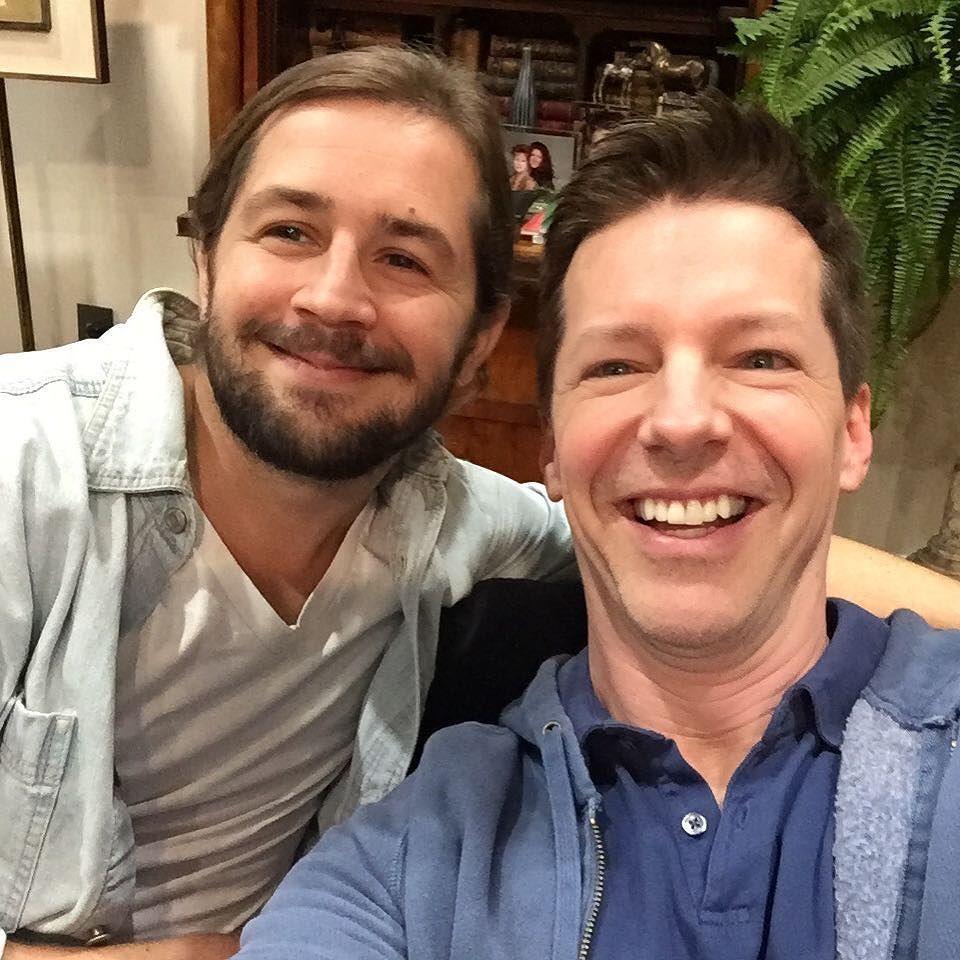 Sean Hayes posted a selfie to his Instagram account of himself and Michael Angarano. They are taping Episode 5 this week. Be sure to follow the cast's social media accounts for behind the scenes pictures and videos.

seanhayes So excited to have my "son", @michaelangarano (aka, "Elliott") back as a guest star for this week's taping of @nbcwillandgrace. #proudfather

Will & Grace fans are in for a special treat. Today, NBC announced they will air a one-hour retrospective ahead of the sitcom's highly anticipated revival.

The Paley Center Salutes the Best of Will & Grace will “feature new and exclusive interviews with the show's stars — Debra Messing, Eric McCormack, Sean Hayes and Megan Mullally — as well as creators Max Mutchnick and David Kohan, and legendary director James Burrows.” The special will also air “never-seen-before behind-the-scenes footage.”

Bobby Cannavale posted a selfie to his Instragram account of himself and Eric McCormack. They are taping Episode 4 this week. Be sure to follow the cast's social media accounts for behind the scenes pictures and videos. 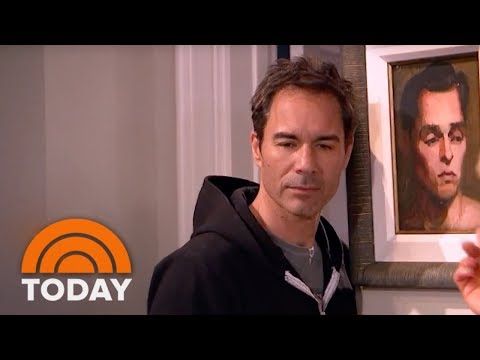 Visit the Today show YouTube channel for an exclusive behind-the-scenes look at the new 'Will & Grace' set!

Actors Eric McCormack and Sean Hayes give Natalie Morales a look at the new and improved 'Will & Grace' set.

TVLine has learned exclusively that Minnie Driver — who made six appearances as Karen's acid-tongued nemesis-turned-stepdaughter Lorraine Finster during the NBC sitcom's original eight-season run — will reprise her role in the Peacock net's forthcoming 16-episode revival. Driver is slated to guest-star in one episode, production of which begins this week.

The page has been completely redesigned for a more modern feel. The new responsive design works perfectly on desktop computers, tablets, and phones. It features larger type and larger graphic images, and is easier to read.

Images are being replaced with new higher resolution images, though it may take some time to complete this work.

If you notice any layout or content issues, please let me know.

The Will & Grace Twitter account announced today that the first four seasons of the classic sitcom are available for purchase on iTunes.

The first season can be purchased for $4.99 and seasons two through four are $9.99 each. The soundtrack to the series, Will & Grace: Let the Music Out! is also now available for download.

This is the first time that Will & Grace has been available digitally. The series has been noticeably absent on streaming platforms like Netflix and Hulu as other TV classics like The Golden Girls have made their digital debut.

NBC's Will & Grace revival has been already been renewed for another season, well ahead of its Thursday, Sept. 28 premiere.

The big news was announced on Thursday by network chairman Robert Greenblatt at the Television Critics Association summer press tour, just as the cast and creators assembled on stage for the show's panel Q&A.

What's more, the coming season — the comedy's ninth overall — has had four more episodes added to it, for a total of 16 (all to be directed by the legendary James Burrows), while Season 10 has been picked up for at least 13.

As reported earlier this week, the “Must-See TV” series' original, forward-flashing ending — in which Will and Grace lost touch as they started new families of their own with Vince (played by Bobby Cannavale) and Leo (Harry Connick Jr.), respectively — will be completely ignored when the revival premieres, though Leo is scheduled to make an appearance. 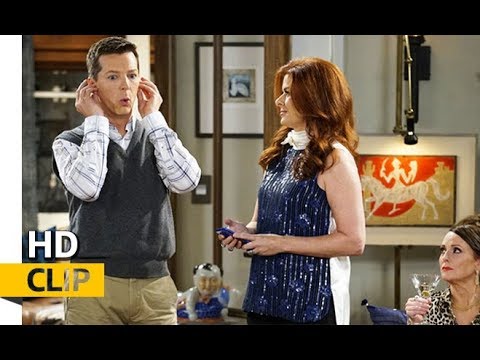 Will, Grace, Jack and Karen have reunited in the first official trailer for the "Will & Grace" special event series.

Will. Grace. Karen. Jack. TV's favorite foursome is coming back to NBC for a 10-episode limited run during the 2017-18 season.

After months of reports, rumors and innuendo, NBC is making it official: The network has ordered a 10-episode Will & Grace revival to air during the 2017-18 TV season. All four of the series' Emmy-winning stars — Eric McCormack, Debra Messing, Sean Hayes and Megan Mullally — will reprise their signature roles as Will, Grace, Jack and Karen, with series creators Max Mutchnick and David Kohan on board as showrunners and exec producers. Additionally, TV legend James Burrows, who directed every episode of the sitcom during its initial eight-year run, will helm all 10 episodes.

"Dave and I are absolutely thrilled about the opportunity to write what Will, Grace, Jack and Karen are thinking about in 2017," said Mutchnick in a statement.

Ten years after the finale of "Will & Grace", the cast reunites for the first time ever to take on the 2016 Presidential Election in their own inimitable way. Check out episodes of the original Will & Grace, coming soon to iTunes. #VoteHoney